A long time ago I learned a few key ideas that drive all successful websites and apps. One of the most important ideas when trying to come up with a new website or app idea is to target a niche market. Currently there are millions of apps on the Android Marketplace as well as on the iOS App Stores and iTunes. Chances are that most ideas you can come up with in a brainstorming session are either taken, or already included as a feature in another app.

This shouldn’t deter you, I’m a big advocate of the fact that even though an idea has already been taken doesn’t mean that you can’t do it bigger and better. However, knowing your competition is important and that’s where niche ideas come into play. A lot of customers come up with an idea that is small, clean and powerful. However, through some coffee-laden idea sessions with friends, family and coworkers, little extra ideas and features get added on so that something as simple as selling widgets to people who have had their own widget go missing gets twisted into a big, ugly direct competitor for an industry giant like eBay or Amazon.com.

Too many features takes the focus off the main concept for a website or mobile app, and makes for a very confusing first-time experience for most users. Have you ever gone to a new website and said to yourself “…what the hell does this website do?” Even if a small percentage of your users have that same thought, that might be because your website does too much. A key point of advice to take away here is that if your “good idea” takes more than 7 or 8 seconds to explain to someone, it’s main feature-set needs to be downsized. 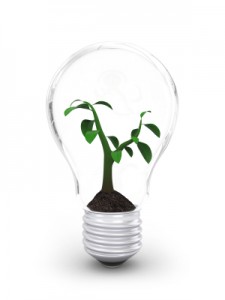 A good idea would be to take a small idea that’s targeted to a very specific audience, and make it appealing. At least you know exactly who to market to, and it simplifies things like design and development processes since you can easily find members of that target demographic to use for beta testing. Finally,Â  you ensure that competition is either low or non-existent. Imagine being the only kid on the block that has website that allows people to trade in old widgets for credits towards new widgets? Without useless bells and whistles, that’s a clean simple and easy-to-understand gameplan that provides focus for users as well as you, the owner of the website. Best of all, marketing and SEO campaigns are no longer a nightmare, but instead is a simple process.